Do you know where online high risk credit card processing came from? The answer may shock you…

Ultimately change is most often forced by demand. In our industry, one of the biggest changes of the last century was the real time processing of credit cards for online transactions. Prior to the 90’s credit card processing would take 2-3 days to verify and fund. However, this leant online websites susceptible to fraudulent transactions.

Online sites would pay out fees for referrals or give out services for cards that later turned out to be bad or were cancelled. The number of chargebacks caused many banks and credit institutions to revoke the processing rights of these online high risk businesses.

However, the change that we all appreciate today came about because one industry was so powerful and raking in so much money online that it forced a shift in the processing infrastructure. This industry was none other than adult pornography.

When the banks revoked their high risk merchant services accounts, it left a void in an industry with an incredible demand. So much so, that some of these pornographers were forced to essentially become their own credit card processors. The demand for online adult pornography had these pornography based credit card companies processing more than $100 million dollars a month. The volume of sales caused the advent of new technologies and new classifications that have revolutionized credit card processing today.

So next time you are able to pay for a food item at a farmers market with a credit card, or safely order something online. Remember it was the adult entertainment industry that built the foundation for some of the great technologies of today.

We just spoke to Christopher, who also produced the film, about his experience in the early days of the web. This is his — very abbreviated — story:
In 1995, Chris agreed to assist two “genius, but troubled and usually drug-addled” entrepreneurs with their pornography business. The two had determined that to attract a real audience, they needed original content, and that to create content they needed more cash than ads could provide. They became one of the earliest companies to take credit card payments, and Chris quickly convinced them that this — not content creation — should be their real business.

Pornographers, Chris told us, “had two jobs: taking pictures, and collecting cash. It turned out that they were really good at one of those things, and really bad at the other.” So there was a huge opportunity for a third-party company to handle this for them.

Worse, they got all their subscriptions through an affiliate model. “They would pay $50 for one of these subscriptions, figuring they’d see at least 3-6 months worth of fees. That was a huge profit for the referrers, but an even huger profit was to send bogus referrals that would quit right away.”
This cost sites loads of money. And since payments took days to be verified back then, sites would serve up content and never get paid for it. Finally, all the scamming and complaints led to credit cards companies revoking the merchant accounts of many of these sites. So Chris and his company came in and started handling payments for them.

That obviously didn’t work out so well. Today, there are plenty of huge Internet companies making real money. Online payments are everywhere. But there’s very little recognition that pornography really got that ball rolling. “We were the first company to do realtime credit card verification. We were handling $1.5 billion in transactions per year at one point. But no one even mentions us.”

Our previous company was always having issues with their software and processing our payments and good luck getting help when things went bad. We aren’t the biggest business in the world, but TeccPay treats us like our business matters. 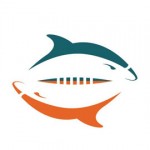 Their rates aren’t low. No one in the high risk merchant services is cheap. But they were less expensive than my other company and the service and quality is 10 times what I was getting.

It was always so frustrating to me that because some bank decided I was a high risk business I am stuck working with companies with high rates and crappy customer service. TeccPay was really a relief for our business. 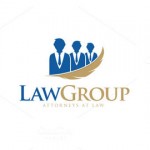 Never had a problem with TeccPay that they didn’t get fixed immediately. 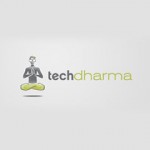